Why British Women are turning to Islam

The Spread of a World Creed 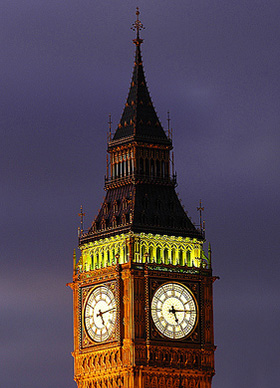 Unprecedented numbers of British people, nearly all of them women, are converting to Islam at a time of deep divisions within the Anglican and Catholic churches.

The rate of conversions has prompted predictions that Islam will rapidly become an important religious force in this country.  “Within the next 20 years the number of British converts will equal or overtake the immigrant Muslim community that brought the faith here”, says Rose Kendrick, a religious education teacher at a Hull comprehensive and the author of a textbook guide to the Koran.  She says: “Islam is as much a world faith as is Roman Catholicism.  No one nationality claims it as its own”.  Islam is also spreading fast on the continent and in America.

The surge in conversions to Islam has taken place despite the negative image of the faith in the Western press.  Indeed, the pace of conversions has accelerated since publicity over the Salman Rushdie affair, the Gulf War and the plight of the Muslims in Bosnia.  It is even more ironic that most British converts should be women, given the widespread view in the west that Islam treats women poorly.  In the United States, women converts outnumber men by four to one, and in Britain make up the bulk of the estimated 10, 000 to 20, 000 converts, forming part of a Muslim community of 1 to 1.5 million.  Many of Britains “New Muslims” are from middle-class backgrounds.  They include Matthew Wilkinson, a former head boy of Eton who went on to Cambridge, and a son and daughter of Lord Justice Scott, the judge heading the arms-to-Iraq enquiry.

A small scale survey by the Islamic Foundation in Leicester suggests that most converts are aged 30 to 50.  Younger Muslims point to many conversions among students and highlight the intellectual thrust of Islam.  “Muhammad” said, “The light of Islam will rise in the West”  and I think that is what is happening in our day” says Aliya Haeri, an American-born psychologist who converted 15 years ago.  She is a consultant to the Zahra Trust, a charity publishing spiritual literature and is one of Britain’s prominent Islamic speakers.  She adds: “Western converts are coming to Islam with fresh eyes, without all the habits of the East, avoiding much of what is culturally wrong.  The purest tradition is finding itself strongest in the West.”

Some say the conversions are prompted by the rise of comparative religious education.  The British media, offering what Muslims describe as a relentless bad press on all things Islamic, is also said to have helped.  Westerners despairing of their own society – rising in crime, family breakdown, drugs and alcoholism – have come to admire the discipline and security of Islam.  Many converts are former Christians disillusioned by the uncertainty of the church and unhappy with the concept of the Trinity and deification of Jesus.

Quest of the Convert – Why Change?

Other converts describe a search for a religious identity.  Many had previously been practising Christians but found intellectual satisfaction in Islam.  “I was a theology student and it was the academic argument that led to my conversion.”  Rose Kendrick, a religious education teacher and author, said she objected to the concept of the original sin: “Under Islam, the sins of the fathers aren’t visited on the sons.  The idea that God is not always forgiving is blasphemous to Muslims.

Maimuna, 39, was raised as a High Anglican and confirmed at 15 at the peak of her religious devotion.  “I was entranced by the ritual of the High Church and thought about taking the veil.”  Her crisis came when a prayer was not answered.  She slammed the door on visiting vicars but travelled to convents for discussions with nuns.  “My belief came back stronger, but not for the Church, the institution or the dogma.”  She researched every Christian denomination, plus Judaism, Buddhism and Krishna Consciousness, before turning to Islam.

Many converts from Christianity reject the ecclesiastical heirarchy emphasising Muslims’ direct relationship with God.  They sense a lack of leadership in the Church of England and are suspicious of its apparent flexibility.  “Muslims don’t keep shifting their goal-posts ,” says Huda Khattab, 28, author of The Muslim Woman’s Handbook, published this year by Ta-Ha.  She converted ten years ago while studying Arabic at university.  “Christianity changes, like the way some have said pre-marital sex is okay if its with the person you’re going to marry.  It seems so wishy-washy.  Islam was constant about sex, about praying five times a day.  The prayer makes you conscious of God all the time.  You’re continually touching base.